Redesigning the Airplane in Flight 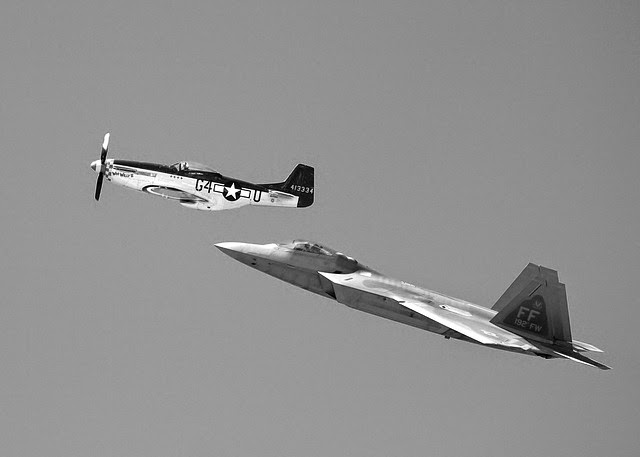 Image source: goo.gl/i79R1f
I often hear people talk about building the airplane as it's flying, usually in reference to creating things as we go. We certainly felt we were doing this during our first days, months and even year of our iPad 1:1 program. Everything was new, and we were working through all sorts of issues--from technical glitches to policies and procedures to training and instructional methods--all at once and for the first time. Each year since we've had the opportunity to build upon what we've learned from the past and modify it for the better.

It's hard to believe that we're beginning our fourth year already. It has been quite a journey. Four years ago when we began in September 2011, we gave iPads out to half of our 700 freshman students in a controlled experiment in which we compared the students' grades, attendance, work completion, engagement, collaboration, communication, and many other metrics against our control group of students without iPads. (For much more information including videos about the Minnetonka Public Schools 1:1 iPad program, visit tinyurl.com/iPadTonka). After a successful pilot, the second half of the freshmen class received iPads in January 2012. The program added one or two grade levels each year and now will cover six grade levels of 1:1 iPad students. This means that all 4,500 grades 7 through 12 students and their 260 teachers will use an iPad daily.

This year we are managing all of our iPads with a new mobile device management system called AirWatch. Our technology department hopes that it will provide us with more features and less technical problems than our previous program. After comparing notes and learning from Jeff Rotham, a principal in New York who visited our school during our Tenth Annual Technology Site Visit in May, we will be launching a New compliance procedure with white listed apps which students can download from the School App Store. This compliance procedure will put some security methods in place and add new reporting capabilities behind the scenes. It also allows us to block apps in the store that are rated ages 17+, helping to keep the inappropriate content away from students on school owned devices.

Now that students and teachers at all four grade levels at the high school will be in our 1:1 iPad program, we've added another teacher on special assignment for iPad instructional technology support at the high school.  The two teachers working to support the iPad program at the high school have a number of new plans under way to better meet the professional development needs of the high school iPad teachers. They have a wide variety of staff abilities and needs to meet; some of the teachers are beginning their very first year teaching students with iPads while others are starting their fourth! I'll describe their multifaceted differentiated plan in a future post.  At our two middle schools, the size of our iPad program doubles from one grade of students to two, so we've increased our support staff there as well.

This summer a number of our district leaders K-12 have formed a district digital citizenship task force. The group consists of principals, directors, counselors, media specialists, and classroom teachers.  The goals of the group are to plan a digital citizenship scope and sequence for curriculum for all students in the district, design ways to assist the parents of our students to better help them raise their children in today's high-tech world, and to inform and gather the support of the community in this process. This group has met four times this summer and will be something I can explain more in the future.

So rather than just flying our plane now that it is been built or putting it on autopilot, it seems to me that we’re redesigning a new plane as we’re flying. As we’re improving the current one in flight and tinkering with parts of it to make it better, we’re also able to step back and look at new ways to put the parts of the plane together.  This process never ends, and I'm sure in a few more years if one were to be able to compare where we are then with where we were when we began, things would look radically different. Perhaps it wouldn't even seem possible for anyone to imagine that we are on the same plane we boarded four years ago.
Posted by Dave Eisenmann at 10:55 PM No comments: